KENYA AIRWAYS MAY DELAY FLIGHTS DUE TO SOCIAL DISTANCING RULES

Commercial domestic flights are expected to resume soon as the government has eased the restriction on lockdown of inter-county travel. The government had ceased all movement in or out of five coun... 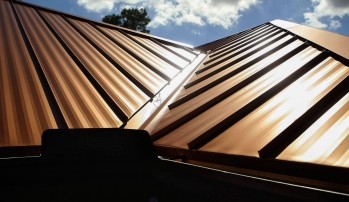 A roof over your head: Choosing the right roofing materials

Reasons why to install a PVC Ceiling

Corrugated iron, for many of us, instantly evokes images of tattered barn roofs, bare industrial headquarters or stark Scandinavian homes. Rightly-so considering its seemingly exclusive use as a durable and practical building material. In the last decade there has been a rise in the use of corrugated iron in residential properties around the globe. Despite its unwavering use as a mass-produced building material, the stark nature of the material is now being seen as its appeal, rather than its drawback.

Dissimilar from cheap alternatives like aluminum and vinyl siding which seem to churn out ill-thought-out edifices before it’s too late, corrugated iron’s expanding market has been a largely slow and intentional one. The apprehension held by consumers in the residential market has created a sort of architectural bottleneck in the sense that there is only a certain collection of architects who are able to consistently satisfy consumer expectations.

On top of that, there are only a handful of consumers who are open to the idea of corrugated iron making up a part (or whole) of their new home. But corrugated iron has proven itself superior than other cheap building materials because of its unapologetic use as exactly what it is, rather than being used to mimic a more expensive material.

In the early 20th century newly built residential homes built of corrugated iron were scarce, but did exist after years of exhibitions demonstrated the versatility of the material. In the following decades you’d have better luck at a military outpost in Britain or France where rows of Nissen Huts made of corrugated iron sheets were erected during World War One and Two.

More efficient production allowed iron sheets in the former years of the industrial revolution to be mass produced and widely distributed from Britain. Defining events like the California and Australian Gold rushes and WWI and WWII accelerated the improvement and demand of cheap, durable materials that could be transported easily — corrugated iron fit the bill.

Fast forward into the 21st Century and the incorporation of corrugated iron into residential properties isn’t so uncommon. Take award-winning architect Glenn Murcutt for example. Murcutt has made a name for himself across the world through his particular attention to the topography and climate of the regions he works in.

Corrugated iron’s ability to resist temperature change allows the interior of structures to remain cool even in extreme heat conditions, while its fire-proof quality only adds to the practicality of the material. Architects now realize, perhaps more than ever before, that the use of materials resistant to extreme and unpredictable weather conditions are just as important as sustainable ones.

How to install a PVC ceiling